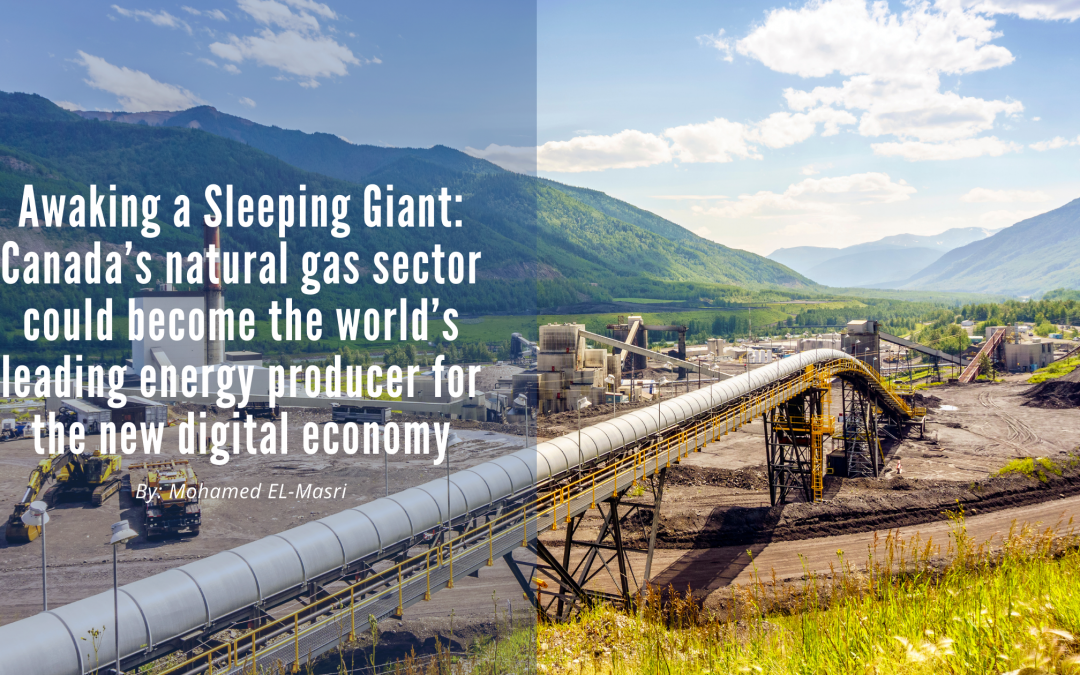 In a world where we are quickly moving towards everything digital, it is inevitable that communities will require an ever-growing demand for energy to power their digital lifestyles. From social media to emails, e-commerce, FinTech, gaming and streaming, we have seen the internet traffic grow 12-fold in the past decade. We will continue to experience the growth of this digital economy as it endeavors to make people’s lives much more efficient in every area of society. All of this coupled with the recent surge in the adoption of blockchain-related applications which also demands for data and digital services that require infrastructure to power transaction networks such as Bitcoin (explained below) is creating new demand for cleaner and lower-cost sources of energy. It is important to look at it from the perspective that mining on the Bitcoin blockchain network is a subset of a larger data mining industry. When we consider the overall data centre requirements of the digital world, we come up with at least 1.0% of the world’s electricity being consumed by data centres. That is around 200 TWh of global final electricity demand (Source: IEA). Considering just Bitcoin’s energy needs we have already added an additional 94 TWh to the mix of global data centre electricity consumption.

This brings us to consider natural gas, a go-to source for electricity to power data mining operations. Natural gas burns more cleanly than other fuels, such as oil and coal. Because burning natural gas produces both water and carbon dioxide, it produces less carbon dioxide per unit of energy released than coal, which produces mostly carbon dioxide. By generating power from previously wasted and/or stranded natural gas resources we are able to unlock value and significant upside potential from stranded assets. It was previously reported that Canada has over US$110 Billion (yes, that’s billion with a capital B) of natural gas that is stranded, that lacks a commercial solution to extract and bring to market (Source: International Institute for Sustainable Development). That is what I consider a potential to unlocking untapped value! The International Energy Agency (IEA) defines stranded assets as “those investments which have already been made but which, at some time prior to the end of their economic life, are no longer able to earn an economic return”. Of course, that is considering in normal circumstances. However, we are now living in the future, where transaction protocols such as the blockchain have brought forth a new energy era and a new demand for onsite, low-cost, clean and sustainable source of power.

Cryptocurrency is a digital representation of value that is not legal tender. It is a digital asset, sometimes also referred to as a crypto asset or altcoin that works as a medium of exchange for goods and services between the parties who agree to use it. Strong encryption techniques are used to control how units of cryptocurrency are created and to verify transactions. Cryptocurrencies generally operate independently of a central bank, central authority or government. The digital currency bitcoin is a form of cryptocurrency. Cryptocurrencies such as bitcoin are commonly acquired in two ways; (1) bought through a cryptocurrency exchange or (2) earned through mining. Bitcoin has been hitting new all time highs on cryptocurrency exchanges with prices going from low $7,000 (USD) in January 2020 to as high as $18,800 (USD) in November 2020. That is almost a 270% increase in just around 11 months. Companies like MicroStrategy and Square have moved a significant amount of their treasury dollars into bitcoin (BTC). PayPal is now allowing its global network of merchants and users to use cryptocurrency as a form of payment.

According to TradingView’s list of large-cap stocks, there are only 16 major corporations with a market cap more than Bitcoin’s. The current market cap of bitcoin is at $342 million (USD) making it sit just a few million dollars behind market caps of Johnson & Johnson, JP Morgan and Proctor & Gamble and higher than NVIDIA.

The second way of acquiring bitcoin is by mining on the Bitcoin network. Mining involves using specialized computers such as application specific-integrated circuits (ASICs) to solve complicated mathematical problems which confirm cryptocurrency transactions. Miners will include cryptocurrency transactions into blocks, and try to guess a number that will create a valid block. A valid block is accepted by the corresponding cryptocurrency’s network and becomes part of a public ledger, known as a blockchain. When a miner successfully creates a valid block, they will receive two payments in a single payment amount. One payment represents the creation of new cryptocurrency on the network and the other payment represents the fees from transactions included in the newly validated block. Those who perform the mining processes are paid in the cryptocurrency that they are validating (i.e. bitcoin). Interestingly enough, the Canada Revenue Agency (CRA) treats income tax for cryptocurrency miners differently depending on whether their mining activities are a personal activity (a hobby) or a business activity. This is decided case by case. The CRA generally treats cryptocurrency like a commodity for purposes of the Income Tax Act.

At the time of writing, in the last 30 days, Bitcoin miners generated over $15.4 million (USD) per day on average (Source: Blockchain.com). That is approximately $462.24 million (USD) for the month of November, up 30% from October. Currently, Canada’s share of the total bitcoin mining hash rate (computing power) accounts for approximately 1.0% of the network. So we ask, by how much can we increase Canada’s share of the total Bitcoin hash rate? Using just our stranded natural gas reserves we can attract a global network of energy-hungry miners that are seeking access to reliable, affordable and cleaner sources of energy.

The case for a natural gas to power the Bitcoin Network

Such revenue generation can yield significant returns for natural gas operators and owners of stranded natural gas assets that can convert those molecules to electricity and then utilize that field-generated electricity to power Bitcoin mining data centres (in the form of shipping containers) by the well-site. This eliminates the need to take natural gas to market into physical pipelines, or in most cases… venting it, burning it or leaving it stranded. Our findings have shown that our wholly-owned subsidiary, Brox Energy, can generate a four to seven times dollar netback per thousand cubic feet (mcf) of natural gas as compared to the current AECO price. Leaving out the details for more intimate conversations, we believe this is a revolutionary business model that could revive Canada’s natural gas market and have direct positive impact on government revenues and economic growth. Everyone from government, regulators, investors and communities could benefit from the implementation of Bitcoin mining as an alternative source of revenue while conserving energy and generating a higher net benefit for the communities where these reserves are located.

Bitcoin energy consumption and its impact on the environment

A single bitcoin transaction would require up to 696 kilowatt-hour, equivalent to the power consumption of an average U.S. household over 23.85 days and has a carbon footprint of 330.50 kgCO2 (Source: Digiconomist). In natural gas terms, a single bitcoin transaction would consume about 270 thousand cubic feet (mcf) of natural gas [to generate 696 kWh].

From an environmental perspective, one mcf of natural gas burned as fuel can produce around 54.9 kilograms of CO2 (kgCO2) (Source: EPA). Multiply that by 270 mcf (burned as fuel), it amounts to a total of 14,823 kgCO2. Compare that to the carbon footprint of a single bitcoin transaction which emits around 330.50 kgCO2 as a result of power consumed from the same amount of 270 mcf to generate around 696 kWh. This means that mining bitcoin using previously wasted (burned) natural gas would result in 44 times less CO2 emissions and create a monetization event which could yield a netback higher than current market prices for natural gas operators.

Canada is the fourth largest producer and sixth largest exporter of natural gas (Source: NRCAN). With this in mind, I strongly believe that Canada has the potential to be the first largest producer of electricity generated from natural gas to supply the Bitcoin network. Ultimately creating a gateway to power the future of the digital economy, by building physical infrastructure that allows natural gas to flow into what we call, digital pipelines, we can set the groundwork to attract foreign investments into Canada’s natural resource rich provinces.

Watch our recent interview with The CEO Magazine. The interview was held during our roadshow at the 12th Ritossa Family Office Global Investment Summit in Dubai.